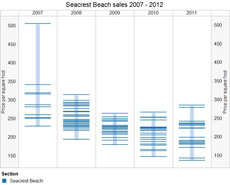 2012 has seen an increase in new construction, and breaking down the numbers associated with this construction will provide added clarity regarding its pricing. To begin this process, we will compare the cost of a given lot with that of the average house built in Rosemary Beach. The average size of a house in Rosemary Beach is roughly 3,000 square feet. Dividing the price of a lot by 3,000 square feet will therefore yield the average price per square foot of the lot. 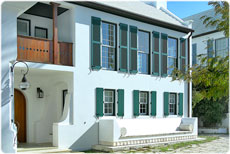 With pricing that started from the low $300s, the prior release of five Alys Beach home sites situated on the north side of 30A was recently sold in its entirety.

In light of that success, five additional home sites located south of 30A were recently released. The pricing of these sites ranges from the low $500s to the mid $600s. Alys Beach represents the best in New Urban community living and features Bermudian architecture set against the white sand and clear waters of Florida's popular Gulf Coast.

Out of the five home sites comprising the most recent release, just three remain available. Each is located along the